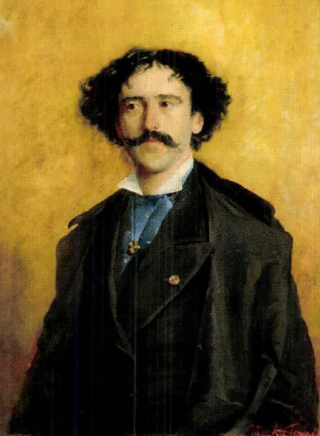 We welcome this new year 2019 with a new article on the blog. This time of the year, we are back with another music composer’s life and career. Pablo Sarasate.

This Spanish composer and violinist was born in Pamplona, North-West region of Spain, in March 1844, belonging to XIX Century composers. Pablo was considered as one of the most renown music composers and violinist of the Romantic period in Spain.

Sarasate started playing the violin at the age of five, when he was able to play a passage his father was struggling to play. That way, they realised Pablo might be gifted with the violin. He started having violin lessons with a violin teacher in his area, and obviously, his talent was soon recognised by everyone. When he was eight, he played his first violin concert in Galicia.

Thanks to this concert, he was widely recognised, until he was “adopted” by a patron who backed Sarasate to study in Madrid with the Maestro Manuel Rodriguez Saez. There, he studied four years approx., and it was there where he learnt most of what he knew. Then, when he was 12, was sent to the Paris Conservatoire, under Jean-Delphin Alard, who for that time, was famous in Paris as violin instructor of the best ones.

In 1860, with only sixteen years, had the opportunity of performing his first debut in Paris. Thanks to that, one year later, he was performing in London, and followed by tours around the world, including America (North and South) and more countries in Europe. This way, he started being widely recognised, and became one of the most famous romantic violinists of Spain and Europe.

In regards to the composition field, he also became notably famous. His Spanish touch made him one of the best music composers, attracting everyone to the Spanish music. He composed pieces for violin and violin and orchestra. His pieces were made according to his fabulous technique.

In case you would like to learn much more about this genius of the violin and composition, go to the full article written by our piano instructor, Anthony Elward. And do not miss to listen to the most famous pieces by the grand Maestro Sarasate.