A brief story of European tuning

Today’s tuning is so common that we usually give it for granted, but this specific number was coined for the first time by a German physicist, Johann Heinrich Scheibler in 1834. This scientist created a tuning device, the Tonometer (“Der Tonmesser”). It consisted of a set of 54 tuning forks with a range of 220 Hertz to 440 Hertz, at 4 Hertz intervals, which he described in his 1834 pamphlet, ‘Der physikalische und musikalische Tonmesser’  The number of beats per second represented the difference in frequency between the two sounds and it was, therefore, a matter of simple arithmetic to determine the exact frequency of the given musical sound. It is not known why Scheibler chose the numbers 220 and 440, perhaps it was because of their round number neatness but whatever his reason it is safe to say that he is considered to be the father of A = 440 Hertz.

Scheibler’s Tonometer received wide acclaim in Europe and the USA and its principle was imitated by many other technicians, none more audaciously than German physicist, Rudolph Koenig. In 1876, he made a tonometer with 670 tuning forks, covering the entire range of the human hearing (20 hz to 20.000 Hz)

Despite Scheibler’s invention, there was no international standard concert pitch at that time; the pitches used by piano and organ builders, and by orchestras, varied wildly all over the world.

There is a book of another German physicist, Hermann von Helmholtz, titles “On the Sensations of Tone” first published in 1877. It includes a comprehensive list of all the different tunings that there

used in Europe. Its earliest record dates from a north German church that called ‘chamber pitch’ and measured A = 424.2 Hz. The last record found was an organ at St. Paul’s Cathedral in London, which

There was an organ in Lille (France), dating to 1854, had a pitch of A = 432, as did an old tuning fork belonging to an English organ builder, dating to 1846. Also, we find that an orchestra in Paris in 1829 used  A = 440 Hz and in Stuttgart Vienna, London and the Paris Conservatoire respectively.

The 440 Hz tuning was not always chiselled in stone, is just a convention that changes through the years, but we will never know why exactly this number was chosen to be our main pitch reference. 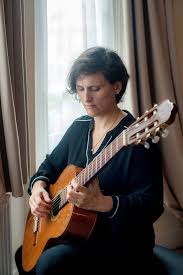