Learning about another composer of XIX Century 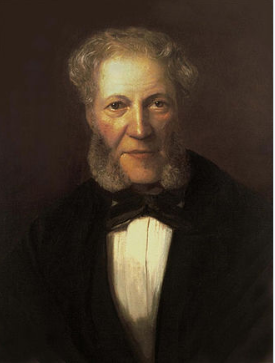 What do you know about the great Moscheles? What do you think about his Grand Symphony in C Major? What about his piano etudes?

In case you haven’t heard about him before, now it is the time to do it! Yes, Ignaz Moscheles, one of the most famous composers during the XIX Century wrote a lot of works during his lifetime. However, nowadays, it is not that unfortunately. The pass of the time and lack of performances of his pieces have made us not that aware of his name or at least his pieces.

This Prague born composer started studying piano when he was a child following the recommendations of his father to learn music as he used to play the guitar. He soon developed a passion and commitment to the piano. With only 14 years old, after his father’s death, he settled in Vienna. There he wrote several pieces whose were played by him time later throughout Europe. While in Vienna, he met Beethoven. This one, surprised for the talent of this young Moscheles, entrusted him to help him with the piano score for his Opera Fidelio.

Years later, he finally arrived in London, whereas per his own words he “…feel more and more at home in England”. He played several concerts as well as he was awarded an Honorary Membership of the actual Royal Academy of Music of London. Inspired by England, its fields, coast, landscapes he wrote his four last piano concertos (4 to 8), among many other pieces.

It is proven that Moscheles felt in London where nowhere else. It made him write and compose the most beautiful pieces he ever wrote.

Eduardo Martin, our piano instructor in London, has written this beautiful article for WKMT and Learn Music in which he relates de idea of the musicians and artists coming to London to look for a future, or at least for a place where to develop and share our artistry while is valued. An inspirational article which brings the life of Ignaz Moscheles and his works back to us.